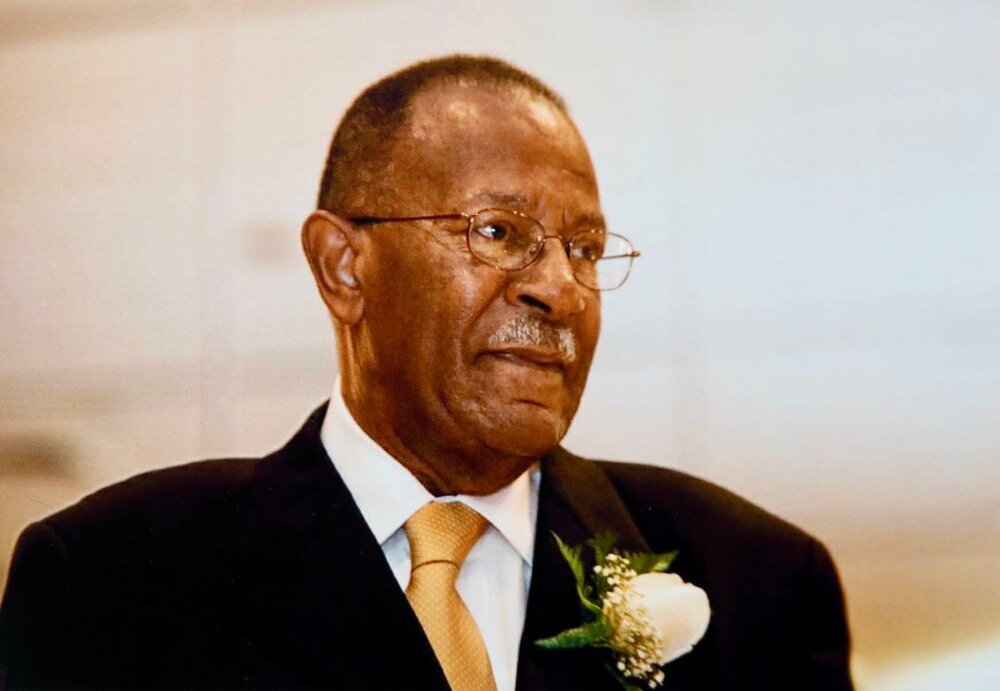 Please share a memory of Cleophis to include in a keepsake book for family and friends.
View Tribute Book

Celebration of Life for C.D. Thompson

Cleophis DeLeon “C.D.” Thompson was born April 12, 1934 in Roanoke, Alabama to the late Rev. Roy Lee and Jonnie Thompson. He was the third of five children. At the tender age of five years old, he and his siblings walked to church with their mother, and not long afterward, she passed suddenly during worship service. With faith in God, Cleophis’ paternal aunt and father raised him and his siblings until his father remarried in 1949 and Maebell Thompson became his loving step-mother until her death in 2007.

Cleophis’ father, a sharecropper and Baptist minister, molded his young son to have an inquisitive mind, strong work ethic, and unfailing love for Christ. Cleophis excelled as a student throughout his educational career. When he matriculated to Alabama A&M University, he discovered the joy of singing in the choir and the brotherhood of Alpha Phi Alpha Fraternity, Inc.  After he completed two years at “A&M”, he recognized his need  for additional tuition funds, so he joined the U.S. Army to receive an education grant.  He earned a Bachelor of Science degree in Mechanic Arts in 1957, and soon relocated to Washington, D.C. where he worked as a machinist at the Navy Yard. As the government’s need for wartime machinery declined and his number of children increased, C.D. was compelled to look for another position. He completed necessary training and was hired at the U.S. Naval Ordnance Station, Indian Head, Maryland, where he advanced in various logistical support positions before retiring in 1995 with 37 years of service.

While attending Alabama A&M University, Cleophis met Vera Louise Barnes who would become his beloved wife of almost 62 years before her death in April 2020. They were seldom apart- when you saw one, you saw the other. Vera was a perfect match for him, bringing a sense of calm and empathy to his quick wit and structure. Four children were born from their union. C.D. was a devoted family man who rarely missed a sports game, church program, or school event in which his family participated. He was often the loudest cheerleader or sternest referee “judge” as he expressed his passion for technical accuracy and hardwork. He loved to eat southern cuisine, anytime, anywhere.  In his pastime, he found pleasure in caring for his lawn, photographing family, going fishing, traveling, watching Judge Judy and all things related to sports, and singing along to gospel music.  Even during his period of convalescence, he looked forward to listening to quiet music and enjoying every homemade meal. After Vera’s death his health rapidly declined; yet, even as his physical strength waned, he thanked God for each meal while asking Him to, “Watch over my wife Vera, and keep us together with chords that can not be broken.”

C.D. joined Bethesda Baptist Church in 1958, quickly became active in ministry, and remained faithful to various roles over the course of his 64 year membership,  including his post-retirement position of church Financial Secretary.  He consistently attended weekly worship services until his health prevented him. C.D. truly loved the people and the work of Bethesda!  He was a vocal participant, unabashedly sharing his views and convictions. He especially cherished the fellowship among the deacons and trustees when counting the offering on Monday mornings; wholesome joking and eating were the norm. Under the guidance of Rev. John D. Bussey and Dea. Lewis Crowe, C.D. garnished his energy as a young man and helped to initiate a cub scout troop at the church. As Cub Master, he encouraged young boys to share his ideals of responsibility, self-discipline and moral character (applying the principle of “spare the rod, spoil the child”, as needed). C.D. shared his gifts and talents in many ways to edify others: he taught Sunday School and Vacation Bible School, sang in several choirs, served as a Deacon and Trustee, assisted grieving members through the Comfort Ministry, and was the Director of the Baptist Training Union. He cherished a special friendship with the late Dea. Willie Bowman, Jr. and the late Rev. Dallas Brown. His keen attention to detail and organizational skills made him a valued member and officer in ministries such as the Lott Carey Laymen's League, D.C. Baptist Convention,  Mt. Bethel Educational Conference, and the Board of Directors for Stoddard Baptist Home.  C.D.’s commitment to ministry extended to his love for teaching at the Washington Baptist Seminary where he taught aspiring ministers in the D.C. Metropolitan area for more than 20 years.

To send flowers to the family or plant a tree in memory of Cleophis Thompson, please visit Tribute Store
Wednesday
11
May