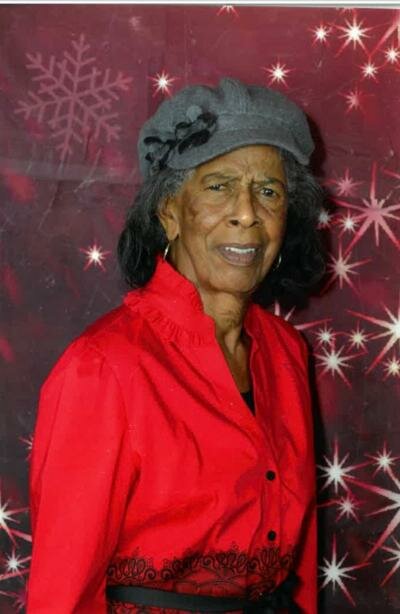 Please share a memory of June to include in a keepsake book for family and friends.
View Tribute Book

June Delores Jacobs-Joaquin, age 85 of Washington, DC daughter of the late Aaron and Edna Thomas preceded her in death. June was also preceded in death by her

Julius, Marvin Thomas, and sons Neal, Norman Jr., and Mark Joaquin. She was born in Washington, DC on September 16, 1936, and transitioned peacefully on April 15, 2022 at George Washington University Hospital.

June received her formal education in Washington, DC and worked for the District of Columbia Government Public School System serving children and families. She also

simultaneously worked for the District of Columbia cab

ventured into her own transportation business. June

accomplished many milestones as a pioneering

Afro-American woman in a male-dominated industry by

June loved people, had a servant’s heart and was a pillar in the community for over 50 years as she built long-lasting

relationships with people of all kinds. She never

discriminated against individuals no matter their

background and treated everyone with love, respect, and a helping hand. She opened her home to countless

individuals who needed a place to stay many years. Long after retirement, June started another career working with the government contracted healthcare system which

provided assistance to others in the healthcare field from all walks of life including Infants, Toddlers, Generations X and Z, Millennials, and Baby Boomers. More recently, June helped others by delivering food to the needy during the

In addition to loving people, June loved to shop or “piddle around” as she would call it. Her favorite stores

included: Macy’s, JCPenney, Hecht’s and Sears where she would often pick up something for herself and others. She also loved to travel with friends and family to various

house plants. Oftentimes, when you came to visit, she would give you something to take home from her various collections of items she kept at home. June was a mother, grandmother, sister, and friend to everyone that knew her. She was loved by everyone that came in contact with her. June had a special relationship with her cousin/friend

outstanding member of Galilee Baptist Church where she was under the leadership of Reverend, Dr. Lloyd T. McGriff. June's infectious laugh, long conversations, and kindred spirit made her one of a kind.

Stephen, Alyssa, and Autumn. Her great-grandchildren

include Jermyh, Shyheim, Renae, Stephen Jr., King, and one year old Seven. June was also a grandmother to an

additional 40 grandchildren and 33 great-grandchildren. June is also survived by God-Children Debbie Washington, Timothy Edwards, Tonya, and Malik McGill and a host of many cousins, nieces, nephews, and countless long-time

neighborhood friends. She also leaves a number of

devoted friends including Mary Thomas, Pat Barnes, Pearl Miller, Charles Donald, Paul Smallwood, Evelyn Mann, Nellie Cary and many other friends that she truly cherished. June was also a proud member of the Sister Group for many years and established a number of friendships within the group as well.

To plant a beautiful memorial tree in memory of June Joaquin-Jacobs, please visit our Tree Store

Look inside to read what others have shared
Family and friends are coming together online to create a special keepsake. Every memory left on the online obituary will be automatically included in this book.
View Tribute Book
Services for June Joaquin-Jacobs
There are no events scheduled. You can still show your support by planting a tree in memory of June Joaquin-Jacobs.
Plant a tree in memory of June