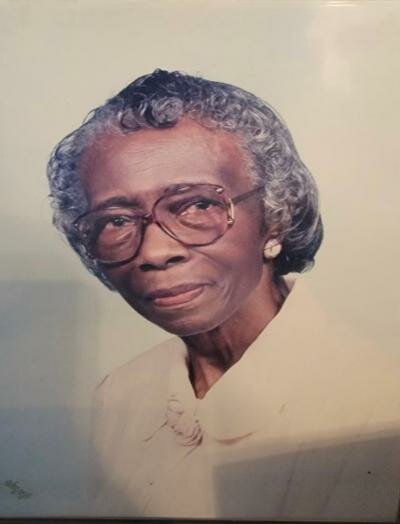 Catherine “Stevie” Williams Stevenson has went on with her Lord and Savior, Jesus Christ on April 11, 2022 at the age of 96 years old at her home in District Heights, Maryland.

Sister Catherine was born in 1926, Northampton County, Garysburg, North Carolina. Catherine was the daughter of the late Wiley Williams and Elizabeth Foreman Williams of Pleasant Hill, North Carolina. She attended Coates High School in Seaboard, NC and graduated from there in 1944. In 1947, Catherine moved north to Richmond, Virginia. It was there she met the love of her life and husband of 63 years, Jerome Stevenson. After their marriage in 1959, they moved to our Nation’s Capital and then settling in District Heights, Maryland where Jerome served both in the United States Army, Air Force, and within civilian federal government agencies, while Catherine worked as a nursing assistant at Providence Catholic Hospital in Washington, DC retiring in 1989 after 29 years of service. Together they raised their son Gerald.

Sister Catherine was quite active in the community as well. She became a member of the Prince Hall Order of the Eastern Star in 1978 and was also an active member of AARP (American Association of Retired Persons) Chapter #939 of Suitland, Maryland, where she received recognition for outstanding service as chair of the Hospitality Committee and recognition for service and dedication to the Chapter. In 2012 and at an active age of 86, Catherine was presented a Certificate of Special Congressional Recognition from the Honorable Donna Edwards of the 4th Congressional District of the United States House of Representatives for invaluable service to the community.

Sister Catherine held strong faith in the Lord all her life and joined Bethesda Baptist Church in 1962 serving on the Flower Guild, Missionary Society, and Pastor’s Aid Society; always giving aid and comfort to others. She was active in her participation until her health would no longer allow her to attend. For her 60 years of dedication to Bethesda Baptist Church and the whole body of Christ’s communities; in 2014, she was the recipient of the “Serving with A Heart Like Jesus” Award (i.e. 1Thessalonians 1:1-10).

She is survived by her husband, Jerome Stevenson, son Gerald Stevenson, both of District Heights, Maryland, and her sisters Fannie Castillo and Virginia Williams both of Durham, North Carolina. She was also preceded in death by her brothers and their wives, Wiley Williams, Jr. (Amelia), Malachi Williams (Sadie) and McKinley Williams (Clara). She leaves behind a score of family and friends who will greatly honor and miss her.

The family asks that donations may be made in Catherine’s honor to:

The Arthritis Foundation, https://www.arthritis.org/honor-memorial-form, which Catherine supported for over a decade.

The Dementia Society of America, https://www.dementiasociety.org/memorials

To send flowers to the family or plant a tree in memory of Catherine Stevenson, please visit Tribute Store
Thursday
12
May