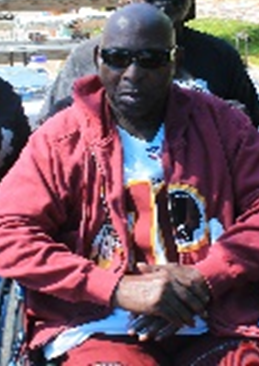 Please share a memory of William to include in a keepsake book for family and friends.
View Tribute Book

WILLIAM FRANCIS NELSON, first born son to the union of the late William E. Nelson and
Cassie Peterson Nelson was the oldest of seventeen (17) children born in Washington, District of
Columbia on Tuesday August 5, 1924. Following a long term of illness, William departed this life on
Friday April 8, 2022, at the Gainesville Health and Rehabilitation Center in Gainesville, Virginia.

Known to many as "CASPER, BILL, or SNOOKS" he was one of the most loving kind-hearted, humble
human beings you ever wanted to meet. It was in the summer of 2005 that he departed the city life
to become a resident at the Forest Glen Assistant Living Apartments (Chantilly, VA). William decided
adamantly and he requested to go back to the district (Inspire Rehabilitation & Nursing Center). In
addition, while at Inspire he was also affectionally cared for in so many ways by "HIS SHORTY"
(Valencia Nelson) and his devoted brother Donnell Nelson. Pops loved his family very much as he
expressed often how he wished in his latter days, that he could spend more time in their presence.
This was his heartfelt desire.

On June 18, 2006, Pops became a member of the Holy Light United Baptist Church (Manassas, VA),
under the leadership of Pastor Barbara D. Vaughan (founder - who is currently the Chief Apostle and
Overseer). He enjoyed the praises that went up in the presence of the Lord; the gospel songs and
especially being swept away at the concert of his cousin Tommy "Tomboy" Peterson (who preceded
him in death) and the Seven Sons. A melodious soft voice he had that would echo out every now and
then, as he would often say, "I 'THANKS the LORD baby." Pops was a great admirer of being a Harley
Davidson owner majority of his life. He was very skilled in the work industry in various ways. When
he left the district, he left his last and final place of employment as a building maintenance supervisor
where he resided at the Sixteenth Street Apartments.

To send flowers to the family or plant a tree in memory of William Nelson, please visit Tribute Store
Saturday
30
April