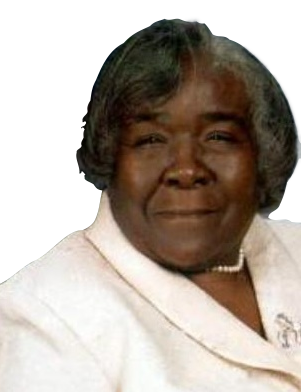 Please share a memory of Virginia to include in a keepsake book for family and friends.
View Tribute Book

Virginia T. Bradby, 87, was born on January 14, 1935 in Culpeper as Virginia Lee Thompson.  Virginia was the first of nine children born to Alice Thompson Franklin Day.  She was raised in Pennsylvania by her Aunt Harriet, Aunt Joe, and the Parker family, who became her foster family.

During her life, Virginia worked as a caretaker, first of children and later of the elderly.  She was a diligent worker and respected by the many whose lives she touched.  Virginia was also a dedicated member of the Warner Baptist Church and a frequent attendee at conferences and events at Northern Virginia Baptist Center in Gainesville.  Virginia shared with her husband, Laurence, a passion for the Lord and her church community.  In her free time, Virginia enjoyed cooking holiday meals, reading and watching her soaps.  These activities would bring a quiet smile to her face.  Virginia also loved animals and had many cherished pets, including Bobby, Skip, Kodan, Boots, Socks, and Georgia.

To send flowers to the family or plant a tree in memory of Virginia Bradby, please visit Tribute Store
Tuesday
12
April