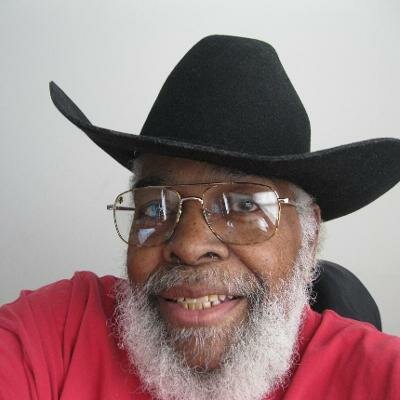 Please share a memory of Johnathan to include in a keepsake book for family and friends.
View Tribute Book

Johnathan Lee Lyles, Sr was born on November 17, 1939 in Alexandria, Virginia.  He was the second child of the late Perry H. Lyles, Jr and Eudora N. Lyles.  He departed this life on September 11, 2021 at Sentara Hospital, Woodbridge, Virginia.

Johnathan attended Alexandria Public Schools to include Lyles Crouch and Parker-Gray High School.  While in high school, Johnathan’s creative interests became evident.  He joined the choir and was active in swimming, diving and football.

At Parker-Gray High School, he was a star athlete in football and was nicknamed “Bear” because of his burly build.  He earned a football scholarship to St. Augustine University in Raleigh, North Carolina.  Following college, he went into the Army and upon leaving the Army, he worked for the Federal Government until his retirement.

He met and married the late Norma Jean Jackson while working in the government.  Out of that union they were blessed with two children, Joy L. Lyles-Robinson (David) and Johnathan Lee Lyles, Jr (Suzanne).

Johnathan was an avid fan of the burgundy and gold Washington Football Team, formerly known as the Washington Redskins.  To say he loved them is putting it mildly as he collected a lot of their memorabilia.  In addition to the burgundy and gold , Johnathan was a man of many interests which included fishing, cooking and eating seafood almost weekly.  He was a talented artist whose works in oils highlighted his career.  His works have been published and purchased by many art lovers.  He also crafted miniature cloche depicting African American life of days gone by.  He loved young people and was a mentor to many.

In addition to his children and their spouses, Johnathan is survived by his grandchildren, Corey Lyles, his fiancée, Andrea Argote, Cameron Robinson, Jacob Lyles, and Marie Lyles as well as siblings, Eudora Lyles-Forrest, Paula Lyles-Price and David Ramsey, along with a host of nieces, nephews, extended family and friends who will miss him greatly.

To send flowers to the family or plant a tree in memory of Johnathan Lyles, Sr., please visit Tribute Store
Thursday
14
October

9:30 am - 10:30 am
Heart of God International Church
7323 Steel Mill Drive
Springfield, Virginia, United States
All are invited to attend the services virtually via the Zoom meeting link listed under the obituary. At the request of the family, in-person attendance is limited to invite-only.
Need Directions?
View Map | Text Directions | Email Directions
Order Flowers for Johnathan Lyles, Sr.'s Visitation
Thursday
14
October