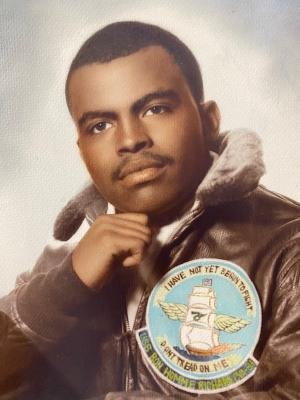 Michael Douglas McDaniel peacefully departed this life and gained his wing on Thursday April 22, 2021, one day after his 75th birthday, at Georgetown University Hospital in Washington DC.

Michael Douglas McDaniel son of the late Fletcher McDaniel Senior and the late Millie Ann “Cheek” McDaniel.  Michael was born April 21,1946 in Washington DC at Freedman‘s Hospital. The oldest of 10 he gave his life to Christ at an early age.  Michael grew up in Washington DC and was educated in the DC Public School System.  Early on age he had a desire to serve his country and fellowman an enlisted in the United States Navy October 21, 1969 after fulfilling his commitment in the military, he was honorably discharged.

Shortly after being discharged Michael reunited with his teenage love Odessa.  They decided to get marry, within this union they had two children together Reginald and Malika McDaniels and a stepdaughter LaSenia Dickens.  He was a very devoted husband, father, and grandfather to his family. One thing about Michael is that he meant what he said, and said what he meant, and a lot of times that could be misunderstood.  He was straight forward and honest no beating around the bush for him.

Michael had a true love for horses and dogs at an early age.  Years later Odessa and Michael partnered together and they bought a dog grooming franchise called ChiChie's Pet Boutique  which has been in existence for 49 years.  ChiChie’s is known for grooming family dogs such as “ Zeus, Kikki, Zoey, Bella and all her babies Prince and Coco”.  Michael was also known for the famous basement party an outside cookout as he called it “Downstairs At Dad’s” and if you was ever privileged to make it to one of those parties you know how he gets down!

He was preceded in death by his parents, and brothers Fletcher Jr., and Ronald.

To send flowers to the family or plant a tree in memory of Michael McDaniel, please visit Tribute Store
Thursday
6
May