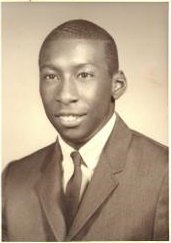 Please share a memory of Alfred to include in a keepsake book for family and friends.
View Tribute Book

Alfred Eugene Rice was born on August 27, 1947 in Washington, DC, at Gallinger Municipal Hospital (DC General Hospital) to George A. Rice Jr and Margaret Anderson Rice.  He took his place alongside his elder brother and best friend, George A. Rice III.

Alfred was educated in the District of Columbia Public School System and graduated from Dunbar Senior High School in 1967.  Following graduation, Alfred secured employment with the United States Postal Service.  It is during this period that Alfred met and married Anna Lynch and from this union two children were born, Angela and Alfred E. Rice Jr.

Alfred answered the call of military service by voluntarily enlisting in the United States Army during the height of the Vietnam War.  In this most unpopular war where so many service members died, Alfred stood up, served, and completed the journey.  Through commitment and God’s grace, Alfred was honorably discharged from service and returned to Washington, DC.  He resumed his employment with the United States Postal Service and retired with over 34 years of dedicated service.

Alfred’s personality and interest suited him well as a mail carrier.  He was loyal, diligent, and punctual in the discharge of his duties as an employee of the Postal Service.  Since Alfred lived and worked in DC, he knew all the major streets and could navigate anyone through the city.

Alfred, by nature, was a quiet and thoughtful individual who never hurt anyone and would never hesitate to help when asked, needed, or required.  He did this without bragging or an expectation of anything in return.  Alfred survived life’s challenges through deep faith and God’s grace and mercy.

Alfred always drove nice cars and had an affinity for Cadillacs.  He was a stylish dresser, an avid hand dancer and a super fan of the Washington Football Team (formerly the Washington Redskins). During Alfred’s final years spent at Home Away From Home, Alfred would sit for hours listening to R&B music and sports updates on his boombox.  These two topics frequently led to conversations that always bought a smile and a lite chuckle from him.

To send flowers to the family or plant a tree in memory of Alfred Rice, Sr., please visit Tribute Store
Saturday
6
March