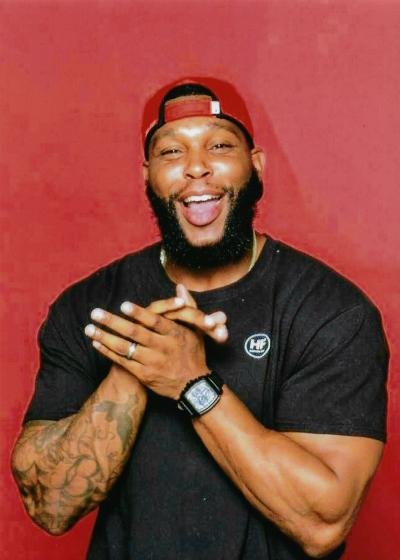 Brandon William Harvey was born February 6, 1990 to Pamela Younger and Brent Harvey, Sr. He was the son of Roger and Pamela Younger. Brandon was born in Washington, D.C and raised in Laurel, MD. He attended elementary and junior high school in Laurel, MD and graduated from Laurel High School in 2008. He also graduated from Hudson Valley Community College (HVCC) in 2010 and attended Delaware State University on a football scholarship.

Brandon was united in Matrimony to Stephanie Ward on January 26, 2018. They were blessed with a beautiful, daughter, Amiya. They made their home in Jessup, Maryland where Brandon was a valued employee at Triple Canopy – White Oak location. Brandon was also an entrepreneur of several businesses, including his most successful one yet, HF (Harvey Fit).

At a very early age, Brandon was identified as a natural leader. A phenomenal player on the football field, a chef in the kitchen, a motivator to everyone he encountered, a fitness fanatic, and a creator of technical applications, Brandon was often known for leading the pack and for thinking outside the box.  Of his many talents, Brandon was most passionate about this family. When Brandon wasn’t working, reading or studying a new concept, he could be found in the kitchen making his famous tacos, brussels sprouts and teaching his daughter, Amiya how to properly season chicken.

To send flowers to the family or plant a tree in memory of Brandon Harvey, please visit Tribute Store
Saturday
9
January