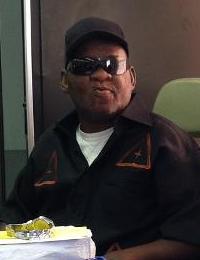 He will wipe away every tear from their eyes, and death shall be no more, neither shall there be mourning, nor crying, nor pain anymore, for the former things have passed away.    -Revelation 21:4

Fletcher Watson was born to the late Charlie Watson Sr, and Jessie Beale on October 12, 1949. He concluded this walk of faith on November 10, 2020 at the Stoddard Baptist Nursing Home.

Fletcher loved for his nieces and nephews know to them as “Uncle Fletch” he had a special love for his niece Marasha and her two girls: Maquisha and Emani, he cherished the times he spent walking them to and from school his nephew Jermal was one of his favorites . During his years when he became ill, he often called his sister Eunice to complain about his sister Zelma who was always by his side “I believe he thought telling Eunice would get Zelma in trouble” Fletcher sister Sheron as well was always there to help and support him during the years when he became ill although he knew it was best not to complain about Sheron. Fletcher had a special love and relationship with his late brother Sylvester and his brother Joseph.

Fletcher was a member of the Purity Pentecostal Deliverance Center where until his health felled, he enjoyed attending services.

To send flowers to the family or plant a tree in memory of Fletcher Watson, please visit Tribute Store
Saturday
28
November