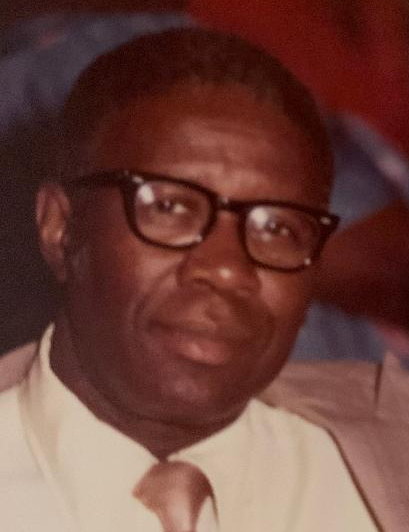 George Henry Perry, Jr. was born on September 4th, 1936 to the late George Henry Perry, Sr. and Louise Willis Perry, in Blackville, S.C. He was baptized at an early age at Macedonia Baptist Church. George attended public school in Barnwell County, where he met Mary Hicks. They married on June 9th, 1954 and shared over 65 years together. This union was blessed with six children.

George Jr. joined the United States Army at age 19, retiring in 1974, after 20 years of service including tours in Vietnam and Germany. After retirement, he worked for Montgomery General Hospital as an Emergency Room Tech for another 20 years. He was a dedicated member of Carolina Missionary Baptist Church for 31 years. In 2002, George and Mary joined Mt. Jezreel Baptist Church in Silver Spring, MD.

George was known as the “father” of the block on 12th Avenue in Langley Park, MD, where they lived from 1971 to 2002. In the winter, during snow days, the neighborhood kids would save him a parking space in front his house. When he got out of the car, he would become the target for snowballs. He was always playing and laughing, “Hog bite corn” was his favorite game with his grandchildren who affectionately called him “Pop Pop”. George loved to joke and reminisce about the old days in Blackville, S.C. He loved to eat ice cream and sing old time spirituals, his favorites were “Oh Lord I Want You to Help Me”, “Nobody but You Lord”, and “Standing at the Judgement”.

To send flowers to the family or plant a tree in memory of George Perry, Jr., please visit Tribute Store
Tuesday
24
March