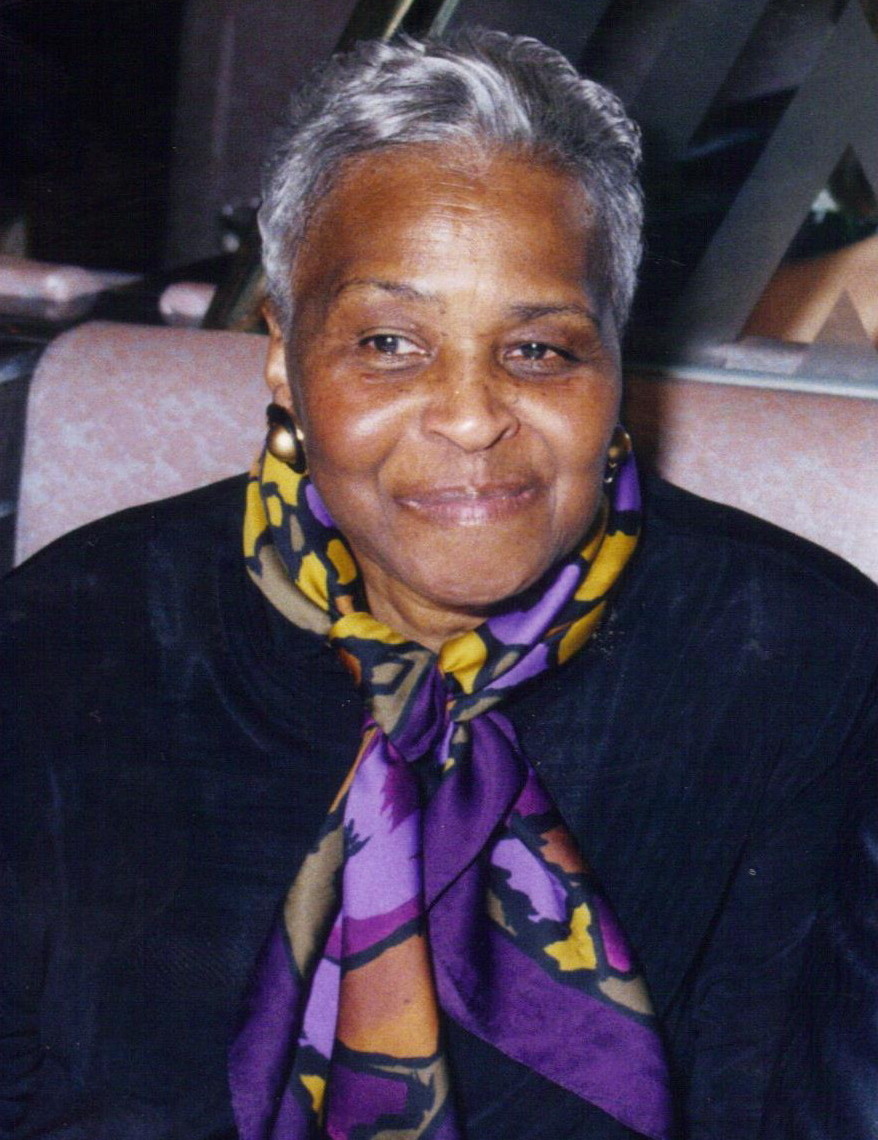 Joanna H. Alexander, was born on October 19, 1932 in Winston-Salem, NC to the union of the late Leo Hughes and Carrie Hughes.

Joanna was one of six children and the eldest of three girls and three boys. They loss their beloved mother Carrie at a young age. Which resulted in Joanna helping her dad care for her siblings.

Joanna and Alaska met in their hometown of Winston-Salem. The high school sweethearts married and moved to the Washington, D.C. area. From this union two children were born, Wanda and David. Joanna and Alaska went on to enjoy a marriage lasting over sixty years. Alaska fell asleep in death 2014.

Joanna worked over 25 years for the United States Postal Service, as a Philatelic Postal Clerk. She really enjoyed working with stamp collections and often gifted her children and grandchildren with first day of issues.

She was a quiet activist donating to organizations that protect and care for those as Christ called the “least of these”.

Joanna loved traveling, debating politics, and talking daily with her close friends and family. She was an avid reader and maintained a curiosity about everything that surrounded her.

To send flowers to the family or plant a tree in memory of Joanna Alexander, please visit Tribute Store
Saturday
15
February