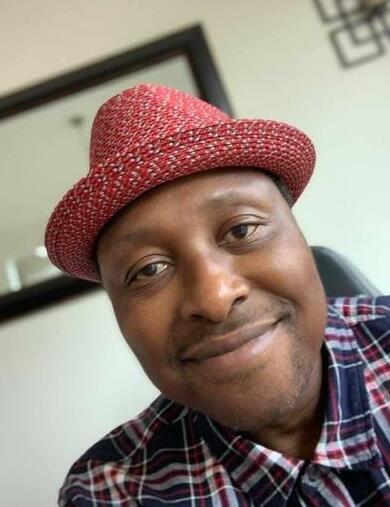 Please share a memory of Terry to include in a keepsake book for family and friends.
View Tribute Book

Terry Rafael peacefully entered Heaven’s gates on Tuesday, September 28, 2021. He had fought a good fight, he had kept the faith, and His Lord determined he had finished his course.

Born September 6, 1967, in Burlington, NJ, Terry was the second child to Louis Rafael and Tanzia. He was preceded in death by his parents and older sister Sherry Rafael. Terry grew up in Levittown, PA.

While driving a forklift at a Kmart warehouse in 1991, Terry had a blue light special moment. He started singing the song “Blessed Assurance” and making up words. But no substitutions could dimmer the powerful conviction he felt for his soul’s deliverance. After pulling over, Terry knelt behind some boxes and cried out to the Lord for forgiveness. From that day forward, Terry never looked back.

In 1992 he joined the United States Army and married his lovely wife on June 12, 1992. He served at various army posts and his assignments led their family to North Carolina, Germany, Kansas, and Georgia before Terry retired in North Carolina in 2014.

With every military transition throughout their 22 years, Terry and Cindy always found a home church. Terry served in various capacities, including song leading, teaching Awana’s, deacon, prison ministry, discipleship, and teaching Sunday school. Church folk became friends and those friends became family and a strong support for their family.

After retiring from active duty, Terry worked for the Department of the Army as a SHARP. He was one of four SHARP foundation instructors. As a lead instructor, Terry implemented methods of instruction such as course materials, adult training sessions, and global presentations. He thoroughly enjoyed his travels, building report as a joyful, versatile, and diligent team player. Above all recognitions, Terry strove to be a workman, father, and friend pleasing his Heavenly Father.

Terry leaves his life’s legacy to be cherished by his faithful wife of 29 years, Cindy; their four children Marissa (married), Michael, Madison, and Malachi; one beloved grandson Archibald (Chico); and a host of friends and family that love him dearly.

Due to the ongoing health crisis, there will be no repass.

Thank you for celebrating the life, joy, and legacy of Terry Rafael.

In lieu of flowers, Cindy has asked for financial support in aiding their daughter to teach in Mongolia, a cause near and dear to Terry’s heart. To learn how you can support this mission, visit the link below.

To send flowers to the family or plant a tree in memory of Terry Rafael, please visit Tribute Store
Saturday
9
October